Automatically credited upon deposit. Cancellation can be requested. First Deposit Only. Min. deposit: £10, max. Bonus £50. WR of 60x Bonus amount (Slots count 100% and any other game 10%) within 30 days. Max bet is 10% (min £0.10) of the Bonus amount or £5 (lowest amount applies).Bonus must be claimed before using deposited funds. Welcome Bonus can only be claimed once every 72 hours across all Casinos. Bonus Policy applies. 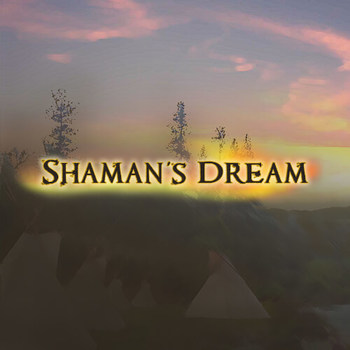 When you first encounter Shamans Dream slot, it may appear to be visually disappointing. The game's design is really straightforward, with no unnecessary bells and whistles other than the reels and some well-designed icons on display. But this is because the game's unique characteristics, not its design, are what make it so appealing.

Shamans Dream online slot has an RTP of 95% with medium volatility. In the base game, the hit rate when playing one line is 1 in 4.558. The combined feature hit rate, on the other hand, is 1 in 113. You can bet a minimum of 1 and maximum of 1,250. If you are lucky, you can win the maximum payout of 14,250. The game is available in English, Spanish, and Korean, while the denominations are available in Swedish, Thai, and Chinese.

The autoplay option in Shamans Dream slot online is one of the most enticing features. This is a feature that appeals to any player's lazy side because it allows the computer to perform the game for them. Instead of putting a bet each time, you choose a fixed bet value and the length of time you want that amount wagered for, then sit back and let the computer handle the rest.

Shamans Dream also has a fantastic bonus program. You can benefit from wild symbols in this slot game, which can award a variety of prizes. You can also use the wager function, which appears after each winning spin. It is available to all players.

There are three main bonus features in Shamans Dream slot game that can be enabled at any time during your game. Two of the features focus around unique symbols that can be used to activate free spins or multipliers. The wager round, which is launched every time you land on a payline, is the other feature. In Free Spins, you can see if the Shaman can enchant you and help you land a Dreamcatcher symbol on your reels. If three or more appear, you'll be given 15 free spins and your winnings will be tripled. This feature can be reactivated up to 15 times, so keep an eye out for the Dreamcatcher!

Except for the Dreamcatcher, the substitute will replace all symbols and, if he initiates a payline, any winnings will be doubled! If you're lucky enough to land this wolf on the reels, you'll be howling with delight.

In the Game Bonus, the wager function is the final feature to look out for when playing Shamans Dream game. You can play against the Shaman after each win for a chance to double your money. You will be given the option of selecting either "red" or "black" in this bonus round. When the secret playing card is revealed, your prizes will be doubled if you guessed correctly!

This bonus round is optional, and remember that if you guess incorrectly, you will lose your prizes. What is the maximum bet for Shamans Dream?

What is the minimum bet for Shamans Dream?

The minimum bet is 1.

Can I play Shamans Dream on mobile?

Shamans Dream is available on mobile.

What is the RTP of Shamans Dream?

What is the biggest potential win for Shamans Dream?

The maximum payout for Shamans Dream is 14,350.

A progressive web app that provides the same smooth experience as a native app, ICE36 is a brand-new and exciting mobile casino brand launched by industry giants Prime Gaming where you can play Shamans Dream. ICE36 combines cutting-edge gaming technology with years of experience to deliver the quality and benefits that players have come to expect.